Did you know about the ‘Mashoor’ 40 yrs old Butter Patties saga?

Check out the never heard story of this famous age-old Patties place. Read on for more deets!

Yes, you heard it right! Butter Patties! And which place comes to your mind when you hear someone say Butter Patties? Navneet of course. Each one of us feels nostalgic or have some little story related to Navneet Patties. Did you guys know how this shop got fame? The legacy started back in 1978 with a small confectionery cum general store named Uphaar General Store in the famous Choodi Wali Gali in Sadar Bazaar. A service class family took a chance to open up a business and it grew gradually. Soon in 1982, they started another store right beside Uphaar General Store and named it Navneet Store. Prior to this, the store that they purchased happened to sell Boiled eggs, so they decided not to shut down the same and continued selling eggs.

Navneet Rastogi, the owner belonged to typical Baniya family where even touching eggs was a taboo. But somehow Navneet and his elder brother got motivated and started selling boiled eggs. They came up with the idea of selling Butter Boiled Eggs, which to their surprise worked wonders.  So, it wasn’t actually their Butter Patties that got them fame but it was actually their Boiled Butter Eggs which got them fame. So, yes, their helping hand in achieving success has always been ‘BUTTER’, you guys!  According to him, at that time, they sold 30 trays eggs in a day. Like, seriously, 30 trays!

Every time Navneet experimented some impressive and hatke dishes, he believed that God is showing him the path. With that, the joint started making Half Fry which eventually became Full Fry and they started serving it with butter dipped bread. As it is said, creativity has no end, Navneet started serving another hands down dish, which was Noodles Omelette.  Their customers gave them great ideas and they did not leave any chance to try them all. With every innovation, came challenges but Navneet never gave up. They started selling patties in 1995 and in 1998, they got an idea of making the ‘Mashoor’ Butter Patties.

They used their own quirky recipe of creating a normal patty into something different by using a secret masala, some onions and aloo lachha. They loaded their patties with butter and topped it with green chillies to give it a spicy twist. Gradually they achieved success and soon relocated Navneet confectionary right opposite to the choodi wali gali.

In no time, it became a hit and everyone started recognizing Navneet Confectionery by the famous Navneet Patties. There is something really interesting about this popular joint that their counter consumption is just one-third of their total sales, rest is take away. The customers are crazy for their patties and love them immensely so they even take them to abroad by deep freezing them. They have 10+ soul satisfying varieties, each with a twist, like the Burger patties, Bun Makhkhan, Bun Fry, Paneer Noodles, Bun Omelette, Special Patties, Bun Patties and more.

Phew, that’s a lot, isn’t it? And you know what the best part is? You can customise your fave dishes as and how you like, so drop by at this awesomesauce patties place and take a huge bite of these totally insane dishes.

What you all need to know? Guys, their original Butter Patties is now called Special Patties, the exact same taste, priced at 45 bucks only. Also, Burger Patties is currently trending and we suggest you to try it! 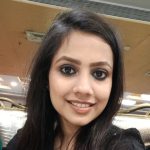